It’s safe to say that last weekend was one that Kyle Maybury won’t soon forget. And talk about some sweet bragging rights to have with his young pals. The thrilling comeback victory in Calgary was just the icing on the cake of what was an amazing surprise birthday present for the young fan who will turn seven in a few weeks. Kyle even got to spend a few moments outside the jovial locker room for post-game play at McMahon Stadium.

“These guys are pretty excited,” an exuberant Kyle exclaimed as he took post-match punches from his favorite Lion players.

The seed of the perfect surprise was planted earlier this week when Kyle’s dad, Garreth, won a draw through our friends at TELUS for two spots on Operation Orange, the popular fan trips held two or three times a year for die-hard Lions to join the team charter. plane. It didn’t take long for Garreth to concoct the perfect surprise plan.

“At first I was like, ‘Kyle, let’s just have a boys day. Like go fishing or something or something. I kept it very vague,’ his dad explained during a social gathering with all participants of Operation Orange on Friday.

“So while we were on our way I mentioned the Lions were probably going on their trip and would he like to go see them? He said, ‘yeah, yeah. Let’s go. Are you sure they will be there? I said I was sure. And then I asked him at the stop if he wanted to fly with the Lions. All the while, I had his suitcase hidden in the trunk. From that second until now, he’s just been amazed.

From the moment he boarded the team plane, Kyle was treated like birthday kings as the whole plane sang for him and he was able to get some of his players to sign autographs. favourites.

“Lucky Whitehead is my favorite player. He does it all,” Kyle said.

“On the plane, he was just speechless,” Garreth added.

“He met Lucky in the car park and he was very nice to him. He also got to talk to Nathan Rourke. The players have all been fantastic.

Kyle’s real birthday in early September coincides with another Lions road game, this time in Montreal. They might not come on the team plane for that one, but Garreth is planning the next best thing for the main celebration.

“We are going to have a house party with all his friends and watch this game at 4:30 p.m. They will all come straight from school to our house and we will have orange t-shirts for them to wear. This will be the official party,” Maybury explained. 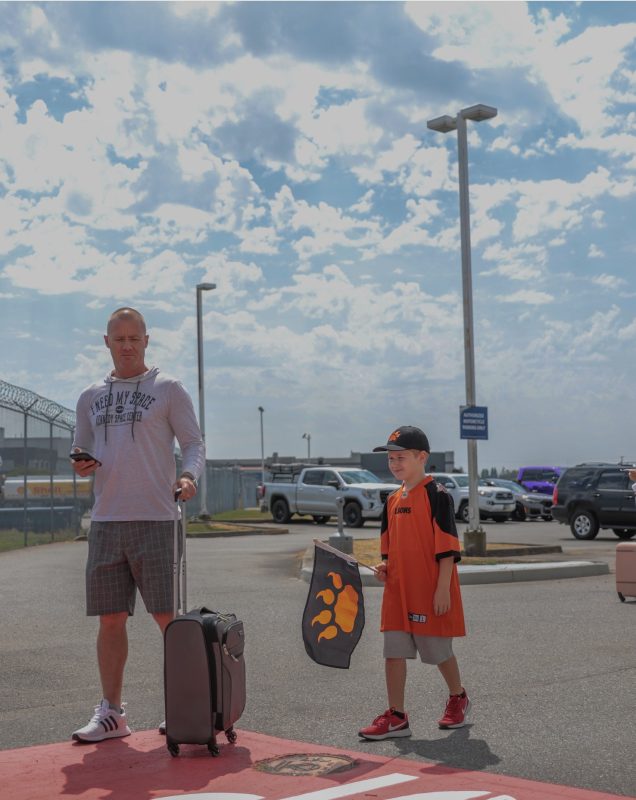 The first version of the party wasn’t too shabby either. This is sure to go down as a highlight in the life of a young Lions fan.

“He was born in Calgary but has always been a huge Lions fan. It feels good now after sticking with them through tough times,” the elder Maybury added.