Conrad will now work with seven local Lions clubs in the area to establish or expand Leo clubs in local high schools.

“Being a member of the Lions Club is more than just a meeting or an event,” Conrad said. “This club is a family and is always there to work with each other and is there for the community.”

Other Albion Lions officers include Jake Stinson as Vice President, Mary Janet Sahukar as Secretary, and Lloyd Wright as Treasurer. 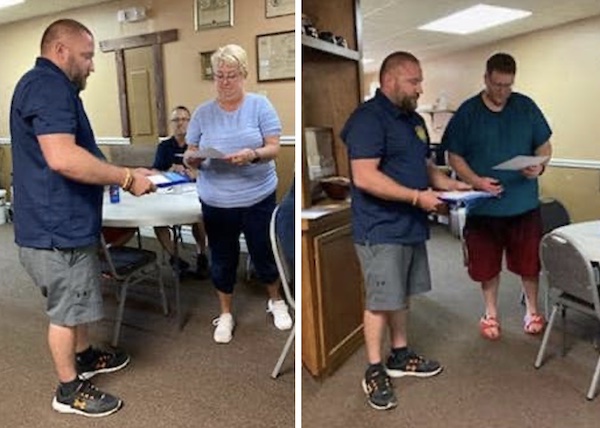 Conrad welcomed two new members to the Albion club. June Persia is shown in the photo on the left and Keith Adams is on the right. 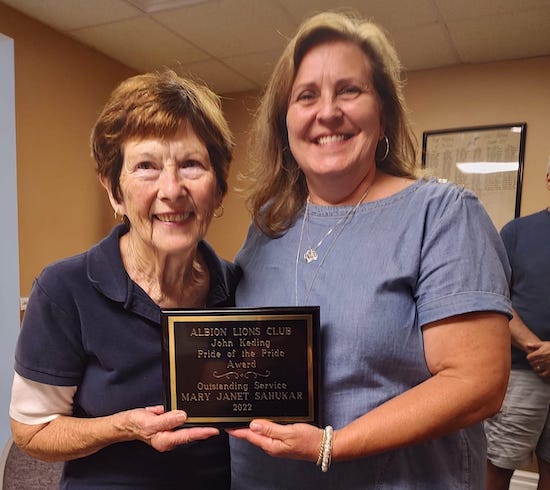 Christine Buongiorne, right, presents Mary Janet Sahukar with the “John Keding Pride of the Pride Award” in honor of Buongiorne’s father. Keding had been a member of the Lions Club for more than 50 years and owned a longtime local auto repair shop. He died at age 85 on January 18, 2021.

Sahukar was commended for her many years of service to the local Lions Club.

“Mary Janet is always there to lend a hand, give advice, mentor new members and always has that big smile on her face,” Conrad said. “The award was voted on within the club and she won anonymously. She always gives her all, not only at meetings, but also at events. She is what it is to be a Leo.